With Climate change being a common point of conversation, Sustainable Technology is probably a phrase that you have heard recently. What is it exactly, and why does it matter?

What is Sustainable Technology?

Sustainable Technology is a blanket term for any form of technology that can be used to reduce the negative impact we have on the environment. Going further, this definition can be divided into two different categories.

The first is a technology that has been specifically developed to aid in solving or mitigating environmental issues. Examples would be technologies designed with the sole purpose of cleaning polluted air or water.

The other category is for tech that has less negative environmental impact than its commonly used counterpart. This could be achieved through more efficient usage of resources and energy, or reduction of environmental pollution. A perfect example of this form of Sustainable Technology would be Refurbished Computers.

Responsible management of resources and protection of the environment are not only issues for people currently, but even more so for our future generations. Specifically, we are looking at efficient usage of energy, reduction of pollution, and sensible management of rare earth minerals.

When it comes to navigating society to a better future, using Refurbished computers checks all of the boxes above.

Keep IT Hardware out of Waste Dumps 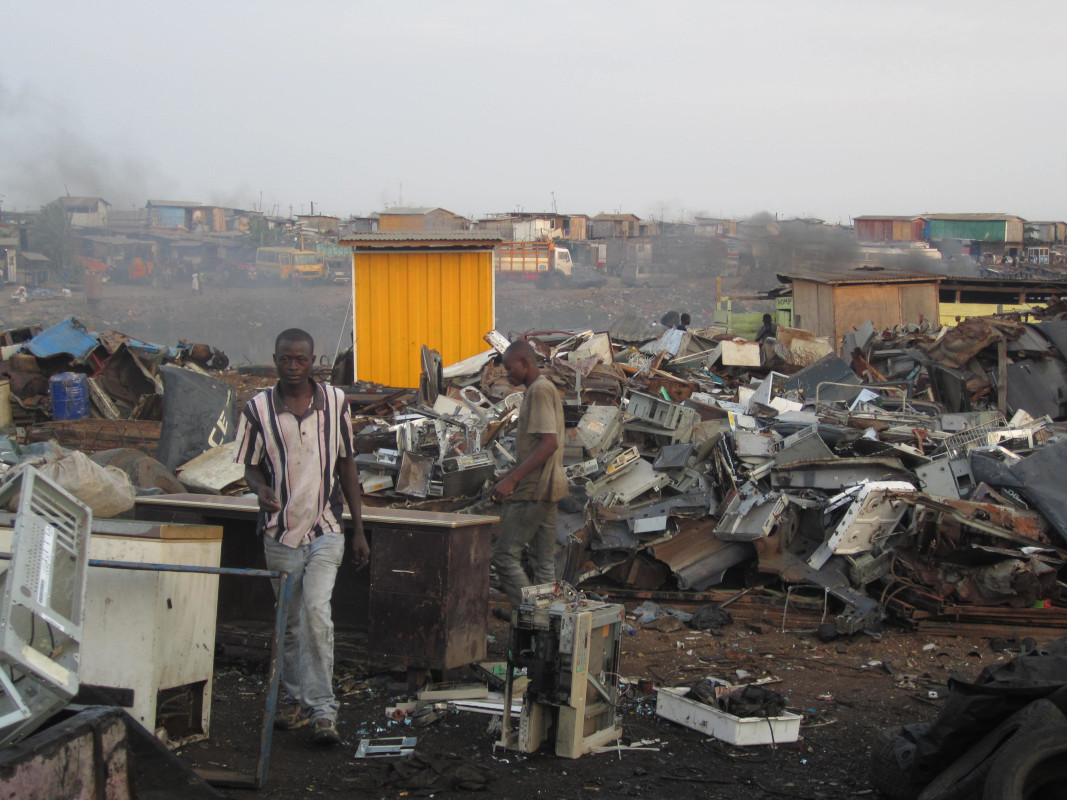 Where does unwanted computer hardware go?
According to a report published by the United Nations, they estimate that only 20% of e-waste is recycled. The remaining 80% (about 63.3 million tons and growing by year) ends up in e-waste landfills, much like the Agbogbloshie dump in Ghana, where there are serious health concerns for nearby residents.

The e-waste dump in Agbogbloshie has attracted up to 10,000 workers to sift through the junk, trying to find usable equipment and scrap metal. One of the crude processes to obtain scrap metals is to burn wires, removing the plastic coating and leaving behind the inner metal wiring. This process is creating staggering amounts of air pollution, leading to respiratory diseases for not only the workers, but the nearby residents. In addition, the runoff of rain from the dump carries toxins into water sources. This makes the likelihood of serious illnesses almost unavoidable for residents, with the toxins making it into not only the water supply, but also the food they eat.

The health issues experienced by local inhabitants to this dump site are grim and tragic, yet even more alarming is the potential for similar issues to expand globally. 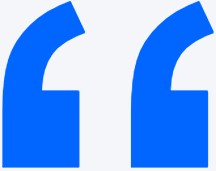 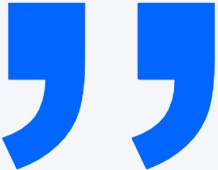 Reducing toxins via proper recycling and utilization of Refurbished computers doesn’t end there however. Scaling down on the production of new computers would drastically help.

First, rare earth minerals are naturally occurring and finite resources. This means they cannot be artificially recreated or replaced. There are varying amounts of each of these minerals, but once all of it has been mined and processed, we are stuck with continually reusing what we have. It’s even estimated that our supply of some rare earth minerals could be depleted within 100 years.

Second, and even more concerning, is the toxic by-products being produced during the mining and processing of many of these metals. The creation of a single ton of rare earths generates on average about 2,000 tons of toxic waste in the form of wastewater, waste gas, and radioactive residue. 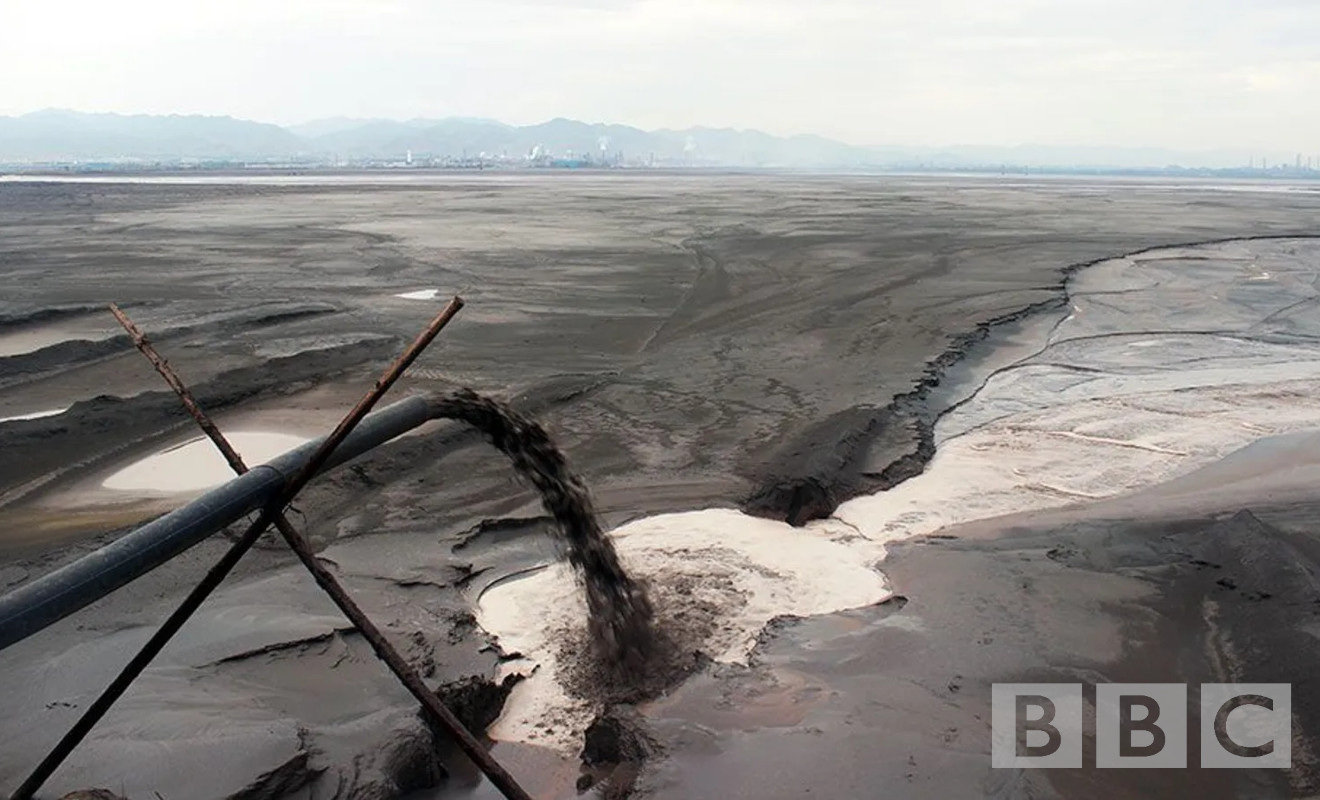 What do the results of these processes look like? We can turn to a city in China’s Inner Mongolia region, Baotou, which mines and processes nearly half of the world’s supply of rare earth metals.

The scenes and stories from this area are horrifying. The early stages of production saw the dying off of livestock and crops, followed by the relocation of nearby farmers and residents. In 2009 at a nearby sheep market, it was observed that many of the animals there had two rows of teeth. It was in this same year that China finally recognized these problems and set up Waste Management facilities in the area.

Unfortunately, 13 years later, these issues have become much more dire. Despite the Waste Management facilities, the toxic wastewater lake in Baotuo has begun trickling towards the Yellow River, a major drinking water source for Northern China.

What can we do as consumers to curtail these problems?
Decrease the demand for these rare minerals. Get more life out of the produced minerals we already have. Support Reuse, Recycle and Refurbish technology initiatives.

The cost of New

With the cost of energy reaching all-time highs, the topic of energy consumption is at the forefront of discussions for businesses and families alike. One of the ways to help mitigate these price increases is to reduce the amount of energy we consume. Supply and demand would suggest that less demand on energy will lead to more supply, and thus lower costs.

Now consider this. Across the entire lifespan of a laptop computer, 70% of the total energy it will consume comes from the manufacturing process alone.

Alongside this waste of energy are the carbon emissions created. Arizona State University Engineer, Eric Williams states the production of this same computer will generate anywhere between 500-594 pounds of carbon dioxide.

These wasteful expenses can be avoided when the value of individual computer components are properly recognized and re-utilized. This is where the World’s Largest Microsoft Authorized Refurbisher, Blair Tech, excels at keeping valuable parts in-use and out of the landfills.

The average desktop computer consists of at least 6 components: the tower, motherboard, CPU, memory, hard drive and power supply. When assessing the overall value of a computer, this is important to recognize the value each individual component can represent.

While the failure of one of these six single components may render a computer unusable, it doesn’t diminish the value of the remaining parts. This is where repairs and refurbishment are key to extending the PC longevity and reducing countless tons of unnecessary eWaste.

At Blair Tech, a rigorous testing process and industry leading diagnostic review are key to identifying the true value of each computer’s individual components. It’s from these components that Blair Tech then re-builds, refurbishes and restores the reliable, like-new computers that ensure new life and value to components that had been previously void of either.

A Better Future with Blair Tech

Each day more and more businesses are recognizing the value of sustainability in the technology they deploy. While the application of most sustainable practices can be difficult to adopt into daily routines, the use of refurbished computers isn’t as they install, deploy and operate just the same as new tech. That said, an easy transition can be made even easier when partnering with an industry leader like Blair Tech.

Let’s work together to enable your business, and our environment, to thrive.